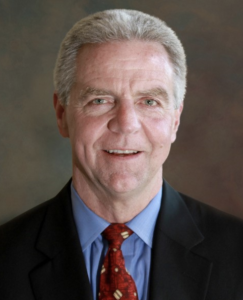 Partners in Aviation co-founder and President Mark Molloy is a professional matchmaker, although his matchups involve bringing together those wanting to co-own a business aircraft.

As a former Beechcraft regional sales director, Molloy, witnessed many cases in which the parties were not high-time users and wanted a smarter way of ownership. In a partnership, the math works to bring down costs, he said.

“Two owners, one airplane,” Molloy said. “It just makes sense.” Traditionally, however, the mortality rate of co-ownerships has been high.

In response, Molloy sought the help of industry experts and legal counsel to form a structure to avoid entanglements and ensure “we had it right,” he says. Partners in Aviation, launched in 2016 in Chicago, offers a plan similar to fractional ownership, in which the owners are vetted, autonomous and protected.

The company is growing with partnerships throughout the country and on both coasts. Partners include owners of aircraft such as Citation, Gulfstream, Challenger, and Phenom business jets.

The model is one aircraft and two owners plus an outside management company that employs the crew, handles maintenance, keeps the master schedule and invoices the owners. Owners split fixed costs of a hangar, insurance, repairs and other charges. Each pays his or her own fuel and operating costs based on usage.

“As long as we stay to that model, we’re having success with that,” Molloy said. It has made partnerships easier and more efficient. “What used to take six months to put a match together now takes us 60 to 90 days.”

Many partners are previous users of jet cards or current aircraft owners. Most fly an average of about 100 hr. a year.

One traditional pitfall in a co-ownership involves aircraft availability. To avoid strife, under the company’s structure each partner has control of the schedule for a full week every other week. They also have financial incentives to make the aircraft available on days that are under their control, but when the aircraft is not in use.

“We serve a marketplace that doesn’t require an airplane every week or doesn’t have pop-up trips every time,” Molloy said. Under the structure, “most of our owners have access about 25 days a month to their airplane. That’s been the key to the success.”

Molloy’s job brings parties together who meet and decide whether the match is a good fit. Both must live in the same region. Most of the aircraft involve light, mid- and super-midsize business jets. A few involve turboprops. The majority are interested in used aircraft that have finished depreciating but offer good avionics and operating efficiencies. The company does not buy or sell aircraft, but Molloy will offer assistance if desired.

The partnership is not one legally or structurally. Instead, it is a co-ownership, each owning an undivided interest in 50% of the aircraft and each responsible for taxes and title. Any default provisions have been worked out well in advance.

Another pitfall of co-ownership can occur when one of the parties wants to exit. To avoid problems, the relationship is set up for a three-year term, which can be extended in additional 12-month increments. Before entering the partnership, both parties agree to an exit strategy, including how the aircraft will be sold and who will sell it.

That way, “nobody can unilaterally do something and hold things up or do something not comfortable to the other,” he said.